What is Next for Augmented Reality (AR) Technology After “Pokémon Go”? Augmented Reality (AR) technology engrossed 45 million people this past year thanks to the immersive world of “Pokémon Go”. But I have seen firsthand how the possibilities in AR technology stretch far beyond gaming, and as development and education expand, you will see that it can enhance many aspects of our daily life. Here are some ways in which AR technology will change our lives.

AR technology has a wide range of uses besides video games like “Pokémon Go”. Some of its most useful developments are about improving how we interact with everyday products. For example, I have worked on projects that use AR interfaces built into special glasses: these wearable AR devices give us information about appliances and other objects around our home. For instance, by installing a so-called smart plug that goes between a power outlet and a coffee machine, the AR glasses can give us the ability to turn on and off the coffee machine using hand gestures or voice commands. 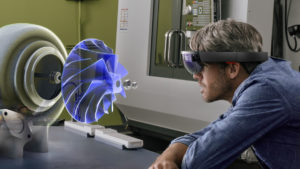 AR can also be used to deal with customer service for when a device needs repairing. For instance, another project I have been working on uses AR glasses when a television stops working to contact the customer service advisor, and directly talk to her, and find the information she needs by simply looking at the broken screen, without any need to try and describe the problem over the phone, or go hunting for a serial number.

There is even augmented reality apps for living safely — Samsung recently developed an AR app to help Australian beachgoers avoid riptides, rocks and other hazards.

AR Technology is Getting Attention from Major Companies

Several past acquisitions suggest that Apple has been focusing on augmented reality apps for a few years, and there is speculation that some kind of AR glasses may be in the works in Cupertino. While usually pretty tight-lipped about predictions, Tim Cook has recently said he thinks AR technology presents bigger possibilities for the future than VR. Some analysts even believe that Apple will phase out smartphones with AR capabilities.

A Microsoft augmented reality device called HoloLens hit the market this past year. Describing the device as a holographic computer, Microsoft says it will allow users to interact with digital content and the world around us. Microsoft recently expanded the programming options for augmented reality apps on the HoloLens to ensure more developers can work with AR technology.

We owe a lot of the current attention AR technology gets to Pokémon Go, but the development of augmented reality apps does not end there — games are really just the beginning.

If you are interested more in VR, check out what VR developers need to know about the market, or browse our Virtual Reality category.