Probably the first legal contract a new professional signs is a non-disclosure agreement (NDA), possibly with an employer or with a friend who is starting a company. If trade secrets or confidential information is to be shared, in many environments the NDA comes first. The agreement is designed to establish trust between the parties signing it, by protecting the ideas they are sharing. Simply put, a bilateral NDA says, “what you knew before is yours, but what we talk about together is ours only. You can’t share that with anyone else without consent”.

Many students feel inhibited by sharing their ideas. So what purpose does this agreement serve? The outcomes vary dramatically depending on how NDAs are treated. Here are 3 vastly different scenarios that play out regularly. Keeping these in mind can help guide what topics to share but also to view the NDA for what it is- a mechanism designed to protect ownership and establish trust. NDA Scenario 1: Sometimes someone gets paid

Facebook was recently found liable to pay $500 million in damages to Zenimax, the publisher of The Elder Scrolls, Fallout, Dishonored and other franchises. It happens that Zenimax bought id Software, makers of Doom and Wolfenstein, in 2009. Along with that purchase came id’s co-founder and game developer, John Carmack. As a matter of course, John Carmack signed a non-disclosure agreement with his new employer.

It so happens that John Carmack was also actively investigating virtual reality developments, including participating in an online discussion forum site called “Meant To Be Seen”. A young forum moderator on that site was an 18 year old named Palmer Luckey, who had prototyped a VR headset in his parents’ garage in 2011. Carmack liked Luckey’s approach so much that during the 2012 E3 trade show, he showed off a VR version of id’s Doom software he had modified to run on hardware based on Luckey’s designs. At some point, an NDA was signed in order to allow Carmack to build the headset he used. In August of 2013, he left id to join Luckey’s new company, OcculusVR, as their CTO. Less than a year later, Facebook acquired OcculusVR for over $2 billion. Within months of that, Zenimax sued Facebook for that same amount.

In the end, the jury decided that Oculus has to pay Zenimax $200 million for violating the non-disclosure agreement Oculus co-founder Palmer Luckey signed with Carmack. The NDA was now being called due. The case in which this happens is rare, but it reveals the potential value that is unlocked when an NDA is signed. In most cases, confidential information shared by individuals under NDA doesn’t have such a clear value or someone like Facebook who has the ability to pay for the damages. 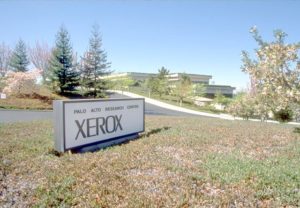 NDA Scenario 2: Often someone gets hired

Microsoft founder Bill Gates recently fielded questions on Reddit, during his fifth “Ask Me Anything” exchange. Of the 17,000 comments that were posted, Gates commented on the way both Apple and Microsoft developed their windowing systems by hiring engineers from Xerox Palo Alto Research Center. He was asked if Steve Jobs copied from him, or vice versa.

He said, “The main ‘copying’ that went on relative to Steve and me is that we both benefited from the work that Xerox Parc did in creating graphical interfaces – it wasn’t just them but they did the best work. Steve hired Bob Belville, I hired Charles Simonyi. We didn’t violate any IP rights Xerox had but their work showed the way that led to the Mac and Windows.”

So often, the work needed to turn a good idea into something useful doesn’t get the recognition it deserves. In the excellent Making of the Macintosh site, the important spread of ideas emanating from Xerox PARC to thousands of visitors, to the diffusion of its staff, to the publications it generated, was described as the difference between Innovation v. Commercialization:

“…turning expensive, hard-to-use, precision instruments into cheap, mass-producible, and reliable commercial products requires its own ingenuity and creativity. This marketplace intelligence is different from, but not inferior to, the intelligence of the laboratory; it just gets far less attention by journalists and historians.”

This scenario also underscores how NDA violations are often not prosecuted at all in California, since courts here refuse to enforce contracts that limit employee mobility. There are even stories of companies formed by a founding team that used to work together but move out on their own to start something new. In his classic Esquire story about Intel founder Robert Noyce, Tom Wolfe described the value of “defection capital”– how value is unlocked when experienced talent comes together to form their own team in a new environment.

NDA Scenario 3: Nothing happens and innovation is stifled

Perhaps most vividly, what happens when NDAs are enforced to keep workers from capitalizing on their ideas? It is not a pretty picture. This was the approach of companies in the Boston area who were equally as inventive as their California counterparts. Polaroid, Digital Equipment, and Lotus Development As Vox recently noted in a piece called “A little-known California law is Silicon Valley’s secret weapon”.

“…by making it as easy as possible for people to turn good ideas into new companies, California law has given the San Francisco Bay Area an unfair advantage over other aspiring high-tech hubs.”

When a region tries to keep their ideas to themselves by enforcing NDAs and limiting job-hopping, they are affected by the “Not Invented Here” syndrome (NIH). In a region like Boston, which used to enforce NDAs more strictly, there has been a turn-around in thinking to encourage a new culture of learning through trust that unlocks the potential of every relationship. A recent publication by the Boston Consulting Group lists many sources for innovation from industry leaders, including:

In the end, students and professionals should not hesitate to enter into NDA agreements to enable conversations that can result in value for all concerned. It’s a great practice to recognize when sensitive information is useful. The NDA itself should not stand in the way.