Introducing the Competitive Esports Program at University of Silicon Valley

Pulsing, multicolored neon lights illuminate faces gripped in dark concentration.  The staccato of keyboard presses punctuate the din while stunted phrases are spoken in urgent monotone.  Excitement crescendos as opposing teams dance frenetically in virtual combat. Opposing players flicker from existence as they anxiously wait to respawn while their compatriots claw towards the winning objective. Suddenly the crowd erupts with a guttural roar as an intrepid esports gladiator rains down digital doom, eliminating her opponents with a crushing blow. 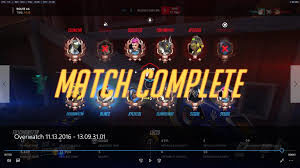 This is our competitive esports program at USV. Our mission is to bring awareness to esports by creating and promoting a close community focused on competing at the highest levels of collegiate esports while achieving academic excellence. The esports program consists of the esports club which gathers and develops a steady pool of student esports enthusiasts who compete for the opportunity to be a part of USV’s collegiate esports teams.

We are a Tespa chapter and compete in national and local tournaments in Overwatch, League of Legends, Heroes of the Storm, Hearthstone and other popular esports video games.

Our ultimate goal for this esports program is to bring honor and digital glory to our beloved school and share our accomplishments with the entire USV and esports community.

Roles in the esports program are like the positions of a professional sports team. For example, you may have a person “shot-calling” or acting like an NFL quarterback who sees the big picture and directs the team’s efforts based on the situation. You may have a person playing as a “tank” who is there to “block” the opposing team’s progress, akin to an NFL lineman. A game development team also has roles and responsibilities. For example, you have artists who create the visuals or programmers who code game features and functionality. Members of esports and game development teams have to work together to achieve objectives and ultimately accomplish a final goal. In esports, it’s winning the match. In game development, it is successfully completing and releasing a game. The biggest commonality between the two however are the non-technical or “soft skills” required for any team to be successful.

Before we dive into what “soft skills” are, let’s understand what technical or “hard” skills are.  Technical skills refer to knowledge required to perform specific tasks. They can be quantified, measured and taught. In esports games, we can track and measure these skills such as a player’s K/D (kill/death) ratio, damage output or farming (resource gathering). In game development, we look at someone’s ability to create game-ready art assets such as 3D models and texture maps or the efficiency and stability of someone’s programming code. Without technical skills, neither an esports competitor nor a game developer would be able to perform.

On the other hand, “soft” or non-technical skills refer to more subjective, less quantifiable skills that are harder to teach such as communication, teamwork and the ability to stay composed under extreme pressure. In esports, a team can lose if its superstar players don’t communicate well or go into a temper tantrums (aka “tilt”) when things don’t go their way. In a development team, issues like miscommunication can cause inefficiencies, loss of productivity, personnel conflicts, missed deadlines and jeopardize production. Both esports and game development require people with diverse skill sets and personalities to collaborate harmoniously to perform at a level that exceeds individual efforts. Therefore “soft skills” are the key factors that determine the success of any esports games or dev team.