Computers have become an essential part of the creative process, whether it’s for games, films or the next great software project. That means coding and programming are now the building blocks for many creative outlets. If you’re interested in learning to code, these are three of the best software programming languages for aspiring engineers to start with because of their wide range of use in software development projects. 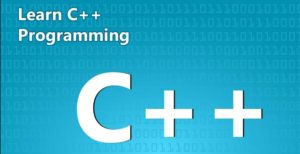 In use for over three decades, C and C++ are two cornerstone software programming languages that continue to be used widely today in engineering projects. C++ could be thought of as a super-set of C, in the sense that C++ understands most of the syntax and semantics of C, it adds some more functionality to C and it also allows for including the C code in the C++ programs. And that is the reason we are counting them as a single language here. They’re not exactly identical, however, so it’s important to know the ins and outs of both of them. Both, C and C++, are highly adaptable programming languages that are used in enterprise programs, video games, graphics programs (including 3D graphics), programs requiring real-time calculations, or programs requiring better control over the hardware components. Web browsers like Google Chrome are written in these languages, as is the template library for Electronic Arts’ Frostbite game engine. Simply put, if you’re looking to get into software engineering, you’ll need to know C and C++. Not to be confused with the web-page development focused JavaScript, Java is a widely used software programming language at the core of many programs, applications, web-pages and systems. For example, large parts of the Android mobile platform are written in Java, as it’s the official language for Android development. Though C and C++ can also be used, Android app developers are highly encouraged to use Java. In addition, PC programs like Office suites (LibreOffice, OpenOffice) are reliant on Java. One of Java’s big advantages is the fact that it’s a platform-independent language – write once, run anywhere. This means it can be used as a language of development in heterogeneous development environment — develop on any of the platforms Windows, Mac, Linux, mobile operating systems and run on any of them. Python is a dynamic software programming language that’s great for the programming of scripts — extremely helpful for setting up automated process in engineering projects. Python’s big advantage is that it is simple to learn and is a shorter language than many of the other software programming languages out there — you’ll need about 5 times less code for any particular element than you might in a Java or C++ program. While the precision of the other languages is crucial at times, Python can help any project — from films to enterprise programs — move along more quickly. Visual effects studio Industrial Light and Magic and electronics company Philips are among the firms that have used Python.

Many of these software programming languages work in conjunction with each other — meaning you will work on projects where you’ll need to know C++, Java and Python. Of course you’ll need more than just coding knowledge to succeed in engineering jobs — check out these posts on engineering soft skills and characteristics of software engineers to find out more about what it takes to be a great software engineer.