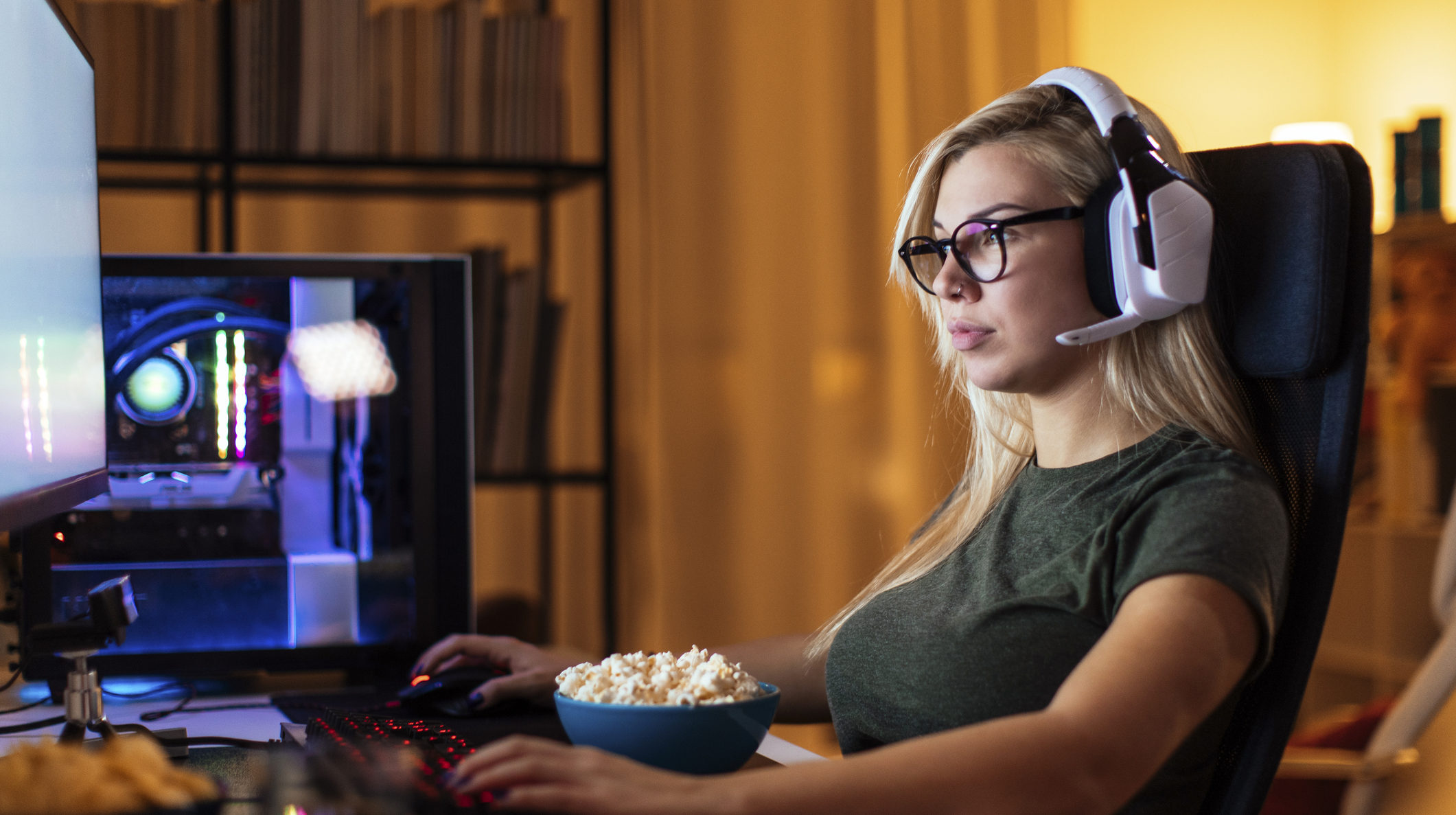 Video games are an art form that combines and incorporates multiple artistic mediums to create a cohesive gaming world. Creating believable virtual worlds is a demanding task that requires special software to keep everything from freezing during runtime. To help keep all the spinning plates from crashing to the floor, developers use a game engine.

A game engine is a specialized piece of software that allows a development studio to combine all of their work into a finished product. Each level that you play, when enjoying one of your favorite titles, was created in a game engine. We refer to these programs as engines as they power the entire game world presented to you.

When you use a game engine, you can modify anything and everything about the game world. This includes the placement of objects, type of terrain, unique physics, lighting, sound, and everything else required to create modern games. In many ways, it is like you are playing the role of a creator or god for that particular virtual space. Considering how many aspects go into creating an entire gaming world, it makes sense that game makers need special software to get the job done effectively.

The Different Types of Game Engines

There are two main types of game engines that you must decide upon before creating your first level. You can get a license for a pre-established third-party engine or decide to create one from scratch. Each option provides its pros and cons, so it is vital that you choose your game engine type wisely.

There are several companies that create game engines specifically to license out to other studios. While they may make some of their own software at first, the goal is to sell licenses to the engine rather than make games themselves. Since game engines are difficult and costly to develop, many smaller game studios need the support of a third-party to get their projects off the ground. While you make your game right away, you will always have to pay that third-party if you sell anything you’ve created with their game engine.

Third-party engines are designed to support as many different genres and playstyles as possible. The more types of games an engine can accommodate, the more potential customers they have. If a third-party engine won’t satisfy the demands of your game, you will have no choice but to create a proprietary engine that will.

The unreal engine is by far the most prolific third-party game engine in the industry. The first iteration of the unreal engine was created by Epic Games back in 1998 for their game of the very same name. The first Unreal game was a huge success and spawned many sequels and spin-offs. However, the Unreal series was always just an advertisement for the engine itself. The games were well-received and showcased what the game engine was capable of. Other companies happily payed the licensing fee just to say their title was made in Unreal.

Nowadays, the Unreal Engine is in its fourth iteration with the fifth set to launch shortly after the next-gen consoles release. The current iteration of Unreal exploded in popularity once again after their game Fortnite went free to play. This allowed anyone with an internet connection to experience Unreal Engine gameplay at its finest. Fortnite quickly went on to become one of the most popular games in the world.

The other major player in the third-party game engine market is Unity. Unity provides an extremely low barrier to entry for anyone interested in making their first game. It is much simpler to learn and master than Unreal. However, the lack of complexity also means that many titles created in Unity don’t match the sheer amount of detail packed into some big-budget games made in Unreal.

Unity is quickly closing the gap with frequent updates that provide additional functionality. It is common for indie game developers to release their titles on Unity as it provides more than enough features to make an impressive world. It is a solid option for anyone who wants to dabble in game creation and there is a cavalcade of tutorials online for newcomers to dive into.

The other type of game engines are proprietary to a developer or publisher. These game engines are created in-house for a specific use case. Making a game engine from scratch is a massive investment of time and resources. However, it allows for the creation of more ambitious titles and the game developer won’t have to shell out a licensing fee to any third-party. If a title is projected to sell millions of copies, it may be well worth the cost of circumventing any additional fees.

Game developers of proprietary engines have at least one game to create before they begin production. The main advantage of a proprietary engine is how they can be laser-focused to achieve a desired result. If a game requires realistic facial expressions to achieve a stronger narrative, minute animation detail can be made a priority when designing the new engine.

One of the most straightforward examples of a proprietary engine is EA Ignite. This game engine has supported the EA sports titles since 2013. Many sports titles are very similar and require the same feature set to play smoothly. A good sports title needs to have fluid animations and pack as much realistic visual detail into a small space as possible. EA Ignite handles both of these with aplomb, so it is no wonder their sports franchises continue to increase in popularity with each passing year.

How Does a Game Developer Choose Which Game Engine to Use?

There are two main factors to consider when choosing the right type of game engine. It all comes down to your budget and what the scope of your game is. A savvy game developer will always choose a game engine that balances both of these aspects.

Video games require art and business to merge in order to be successful. Sometimes, it is simply unrealistic for a small team to develop its own game engine while keeping their company solvent. This means small and medium sized game developers often have no choice but to rely on the support of a third-party. While they may make less money on each sale, at least they are able to release their game in the first place.

As for large studios or game publishers, they often have the extra funding to create engines of their own. This is especially true when a publisher has multiple studios under their umbrella that use the same proprietary game engine. The more games that engine can produce, the higher the return on investment will be for the larger firms.

Scope of the Project

Some titles are easily made in just about any game engine. That isn’t to say those games are simple to make, just that existing game engines are more than powerful enough to handle the task. However, some game developers decide to push the envelope and create something that hasn’t been done before, or at least not done as well. If pre-existing engines won’t be able to handle the scope of a project, the studio must choose to make their own engine or scale back their design to accommodate existing technology.

Nearly everyone on a game development team will need to use the engine itself at some point. Most elements of a title are created directly in the game engine without additional software required. However, complex objects are often sculpted in external programs such as Maya. Even then, these game artists still import their creations into the engine so they can make it into the final game. Here are three gaming team members that will spend most of their time working intimately with the game engine.

Level designers will spend the most time with the game engine. Each scene is created directly in the game engine. Object placement, enemy movements, and everything else needed for a functioning level are adjusted constantly throughout development.

Most modern game engines allow animators to work directly with the rest of the team. This saves time as animation work no longer needs to be transferred between machines. Having everyone use the same program also makes asset management and organization far easier than it was before the invention of game engines.

Lush environments and believable lighting are critical to keeping the player invested in the game. Both of these crucial aspects are adjusted directly in-engine to ensure the visuals come together just right for the final release. Many proprietary game engines that were created to push graphical fidelity to the next level will heavily prioritize these two elements of the game world.

With the abundance of game engines and resources available to the public, there has never been an easier time to make video games. Regardless of your budget, experience, or studio size, there is a game engine that you can use to create and sell your own titles. As gaming technology develops further, game engines are poised to become even more powerful and easy to use. With that in mind, it is only a matter of time before the next generation of budding game creators take the industry by storm.

Did learning what a game engine is interest you? As the video game industry continuously grows, employers are zeroed in on Game Design and Development Department students who understand both the creative and technical sides of the industry. Nowhere is Cogswell University of Silicon Valley’s unique ability to combine specializations better demonstrated than in our Game Design & Development Department. All of our Game Design and Development department students get hands-on experience working collaboratively in classes that simulate an actual game development team.

With two areas of degree program concentration—art and writing—the Game Design Art degree program is your launchpad for a career in the creative side of game design. Focusing on environments, characters, story and more, you’ll learn how to create the elements that breathe life into the gameplay experience.