Learning from Failure: How to Turn a Bad Result into Positive Steps

Last year, I donated my 17-year-old Toyota to charity.

Did it die? Refuse to start? Belch smoke on the I-880? Not exactly. “Herbert” was still running – but he was old, and I thought it best to retire him. He’d served me well; now he could serve others in need, as scrap metal or transportation. But my second grader wasn’t pleased. 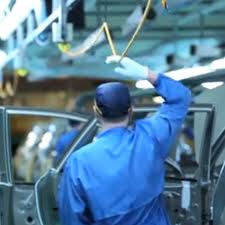 “Mom,” she said, “Herbert was fine.” Then she shared a tidbit she’d learned at school: in Toyota factories, when a worker spots a problem, there’s a cord to pull. A red signal lights up, alerting others to the trouble – and if it isn’t resolved in less than a minute, manufacturing screeches to a halt so the failure can be closely examined. My daughter shook her head with all the nostalgia a 7-year-old can muster. “Herbert was made by smart people,” she said. “We could’ve kept him, like, another 17 years.”

This got me thinking. And researching. Turns out, many top companies recognize the value of failure: Intuit presents employees with a Best Failure award, and the makers of Goretex celebrate unsuccessful projects with beer or champagne – just as they do successful ones. Laszlo Bock, my fellow Pomona College alum’ and former Head of People Operations at Google, even goes as far as rewarding failure, to encourage strategic risk-taking. And Robert F. Kennedy once said, “Only those who dare to fail greatly can ever achieve greatly.” So why are we afraid to fail?

Blame, for one, and self-esteem. As kids, we learn to hide our mistakes for fear of punishment or censure. But look around you. The world is messy. Even nature makes beautiful “mistakes:” the abnormal intellect, the lion that adopts an antelope, the stunningly gorgeous perennial lily that lives but a day. Sometimes nature keeps its errors, and sometimes it moves on from them. For what is evolution itself, if not a process of trial and error?

It’s our short-sighted human psyche that spurns unsought results – so don’t be afraid to pull the cord, alerting the world to your failure. Because once we embrace the journey of detecting, declaring and analyzing our worst practices, we can begin to develop our best.

Three Tips on How to Learn From Failure

In spending my workdays at University of Silicon Valley, where the on-campus culture is one of experimentation and resilience, I’ve watched students, faculty and staff try something new, experience setbacks, recalibrate and try again. The iterative process is creative and freeing. So here are a few tips on how to learn from failure:

By following those three steps, we can unlearn the undermining childhood lesson of hiding our mistakes. We can benefit from the vital feedback earned by owning up to failure.

In concluding this post, I can’t help but circle back to my trusty old Toyota. I replaced him with a much newer vehicle, and it’s nice to start my car without turning a manual key. But my family misses Herbert, who was so much a part of our lives. I miss him. Perhaps it would’ve been an adventure to maintain him for another nine years, so my daughter could inherit the car that drove her home from the hospital as an infant.

Overall, I think giving him up was probably a mistake.

I’ll be sure to learn from it.