Julius brings over two decades of professional experience as an award-winning composer of electronic and film music, sound synthesist, sound designer and audio engineer to Cogswell's Digital Audio Technology Department, as Distinguished Lecturer. At Cogswell, he teaches a wide range of audio- and music production courses, and advises students on portfolio projects, soundtrack production projects and student initiatives. Mr. Dobos conceptualized and co-founded the college's prestigious, cross-disciplinary MediaWorks project, for which he serves as the Audio- and Music Director. Additionally, he directs audio production for Project X movies, StarThief Studios and other highly visible large projects. Mr. Dobos' approach to education is heavily focused on delivering real-world knowledge and on the development of the advanced skills in demand in the audio- and music production industries today. All of his classes include hands-on work and both individual and collaborative, professional-level projects. He received the John & Ginnie Chin Excellence in Teaching Award in 2014. Mr. Dobos started his piano studies at age five and was already composing music at nine. He studied composition, film score composition and audio engineering at various institutions across Europe, including the Weiner Leo Music School in Budapest, Hungary and the University of Music and Performing Arts in Stuttgart, Germany. After working as a freelance composer and synthesist for Roland, he founded his original music production- and publishing company, The Creative Shop, in 1998. Mr. Dobos has released eight electronic and orchestral/electronic albums, including the platinum-selling Connecting Images and the renowned Mountain Flying. He is one of the first Central-European composers of large-scale electro-orchestral music to receive international attention and has composed music for use in major motion pictures such as You Don't Mess with the Zohan, The Zookeeper, Paul Blart: Mall Cop. Besides his original scores in feature movies, his work can be heard in television programs (such as Cartoon Network's DragonBall Z) and in countless documentaries. He has also produced award-winning music for advertising, corporate films and designed soundscapes for exhibitions and sound installations in the United States and in Europe. Additionally, he has produced music that features Grammy Award®-winning artists, engineered hundreds of music titles and mastered albums in a wide range of genres. Under his pseudonym forgotten future, Mr. Dobos currently composes ambient / psybient electronic music, enjoying both critical- and popular success in the genre worldwide. He is a member of AES, BMI and Artisjus. In his free time, Mr. Dobos enjoys photography, learning about Nature and the Universe and working in his state-of-the-art music production studio, currently located on the college campus, where he is exploring the uncharted territories of melody and sound. To find out more about his philosophy and current projects, visit Mr. Dobos' website at www.juliusdobos.com. 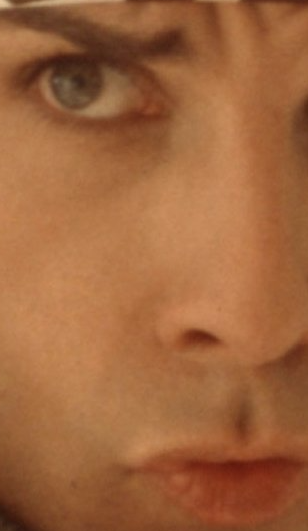 Audio production pros play an important role not only in high-profile Hollywood hits but also in a wide range of other types of media. If audio production careers are your calling, you could help perfect the delivery of famous movie quotes like the ones in “Terminator” or “Zoolander,” create the call of a dinosaur in […] How important is Audio in Your Life? Imagine that tomorrow is your big day: it’s your anniversary at work and you are expecting to receive a promotion! You definitely don’t want to be late for work, so you set your alarm 10 minutes earlier than usual… but you get up an hour late. The alarm […] These days when teenagers are capable of learning autonomously and producing outstanding results individually, one might wonder just how important collaboration and teamwork really are in the creative industry. Why would a sound designer, a composer, an audio engineer, a video editor, a graphic artist or an animator need to know how to collaborate with […]